Eventually that day came, and we were met with an outpouring of sympathy and support from most of our friends and acquaintances.

There were also, unfortunately, many people who questioned his diagnosis or made clear they knew “something was different.” I talked with people who were shocked and people who were completely and utterly unsurprised.

In my bitter state of mind I was angry that these people seemed to suddenly become developmental pediatricians or autism experts. Despite their good intentions, I was especially sensitive at the time and didn’t necessarily appreciate their words the way I should have.

There is one instance in that delicate and uncertain time that sticks out in my mind.

There was a friend I had. We weren’t very close friends, but our kids played together sometimes, so I felt the need to tell her.What she said both surprised and hurt me.

What?!  My emotions went haywire, a common occurence those days.

She probably doesn’t even remember saying it to me. After some time, I’ve come to realize she meant well by what she said. She was just trying to give me hope, though at the time all I could hear was her minimizing my anguish.

My heart was already vulnerable and bruised from the reality of Toby’s diagnosis.  Her words (and many other well-intentioned words) probably only hurt because I was already in pain.

I never did say anything to her that would suggest I was upset by her words. It wasn’t worth hurting her by telling her how much pain I felt because of what she said to me.

Still. She was wrong…but she was right, too.

At that moment, my world was over. The world where I thought my son was like everyone else and would go through his life with no more difficulty than the average person. I now lived in a world where his future was terrifyingly uncertain.

Almost three years later, I’ve been blessed with some perspective. Toby is doing so well. He’s learning, growing and achieving so much. He’s exceeding expectations left and right. I’m learning that Toby’s potential for greatness never was, and never will be, limited by his disability.

In the end, my friend was right. It wasn’t the end of the world. It just took time, and grace for me to see it.

Now, I’m grateful for her insight, and even more grateful that she was right all along. I wish I could take back the unkind feelings I had, now that I know the world hasn’t ended.

3 thoughts on “The End of the World” 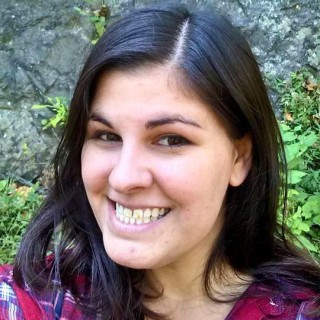